← Arrow: Season 1 Episode 10 Review – ‘Burned’
Spartacus War Of The Damned: Everything You Need To Know About The Final Season → 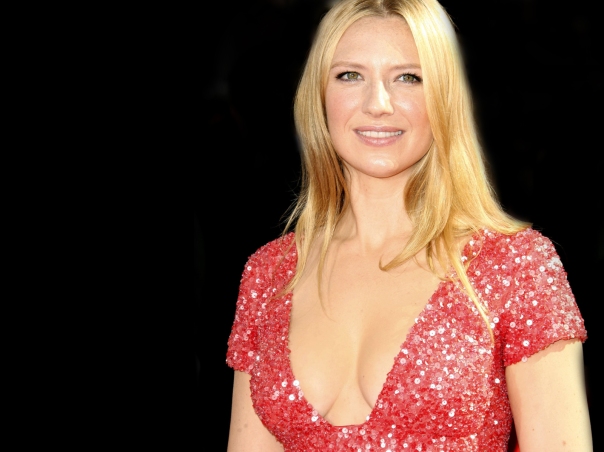 Fringe’s two hour series finale: 1.12 Liberty & 1.13 An Enemy of Fate was an emotional farewell that delivered everything a fan could ask for.

Continue Reading for a complete review of Fringe Series Finale & The Best Scenes of Season 5 with video clips … warning major spoilers ahead.

The cornerstone of the shows’s mythology is the alternate universe. If the series ended without a final visit to the Other Side it wouldn’t have felt complete.

It was great to see Bolivia and Lincoln again, though Walternate was absent. Considering 20 years have gone by they look pretty good for their age. The warmth and quick-to-smile nature of Bolivia lit up the scene. She cracked me up when she teased Lincoln, “You can stop checking out my young ass.”

One sticking point in the premise of this season is that the original twelve Observers had never shown any malevolence. This made the Observer invasion uncharacteristic and regarded by some fans as an afterthought (even with the episode Letters of Transit) when the show got picked up for a fifth season.

The writers deftly tied up this loose end by explaining how living in this earlier time period with humans changed these Observers’ emotive development. This also accounted for Captain Windmark’s growing anger.

“I feel something … hate.”, explains Windmark in a memorable exchange to which Broyles dryly replies, “The feeling is mutual.” Yup, Broyles is back and I’m surprised he survived the episode. When Olivia released the bio-hazard into the ventilation I was expecting a serpent creature to burst out of Broyle’s chest.

Pumped full of cortexiphan, Olivia played a crucial role by crossing the universes multiple times to rescue Michael and then later Broyles. She also used some left over juice by crushing Windmark in between cars with her telekinetic powers. This is the Olivia that was dearly missed for most of this season.

The final hour delivered several knock out emotional moments including Peter’s loving embrace with Walter after watching the good-bye video, Walter acknowledging Astrid’s beautiful name and September understanding what it means to be a father. Though it was inaudible, it was sweet when Peter says “I love you, Dad” as Walter stepped through the wormhole.

Often compared with the X-Files, Fringe stands in its own light as a highly creative and conceptual television series. Like any series, Fringe had its ups and downs but where it clearly excelled are the characters’ relationships and executing an overarching story with enough answers and a heart felt resolution. Because of the show’s fantastic production value, writing and acting, there is going to be a noticeable void in the the science fiction genre for the foreseeable future.

For a TV series that was always on the verge on cancellation, it’s pleasing to know that a new audience can catch up on all 100 episodes on DVDs and Netflix. So why should anyone invest in the time to watch Fringe? “Because it’s cool”.

There are many amusing moments of Fringe that always make me chuckle: Walter’s food cravings & eating licorice (sometimes while examining a disgusting cadaver), Walter’s LSD trips and of course, Walter calling Astrid by the wrong name – these gags never grow old. Then there are those moments that pull at your heart strings or leave you thinking OMG! Even in a shortened season, Season 5 had several moments that really stood out. Here they are with video clips:

Torn by grief over his daughter’s death, Peter’s descent into darkness eventually leads him to implant himself with Observer Tech to get the edge he needs for vengeance. The way the device slid into the back of his neck was surprisingly creepy. Peter becoming like the Observers gave Joshua Jackson a chance to stretch his acting muscle a little bit. All the other main cast members had the opportunity to portray alternate versions of themselves. With Peter being the lone constant across the universes, we never got to see Jackson invent a different version of himself up until this point. Some fans felt this story line was anti-climatic, but if Peter left the tech in his head any longer it would have been irreversible and the idea of Peter becoming the “first” Observer is not a direction I would have cared for.

Firstly, Blair Brown deserves a lot of credit for her portrayal of Nina Sharp over the five seasons. She gave a strong presence to a pivotol character that didn’t appear in episodes for long stretches of time. Nina always kept me guessing as to her true agenda. When she became Olivia’s adopted mom after the change in time line and an alternate Nina (or is it shape-shifter?) was revealed to be working with David Robert Jones it only added to the enigma. Season 5’s Nina supported the Resistance and was a trusted ally of the former Fringe team. Her final speech that disparaged Windmark was perfect and then she makes the ultimate sacrifice by shooting herself in the head to prevent further mind-probing, thus protecting Walter’s plan and the boy observer.

Kudos goes to the writers and actress Georgina Haig for creating  a character in Etta that we quickly came to care about in just a handful of episodes, including Season 4’s Letters of Transit. Olivia never had the chance to raise her daughter and after being trapped in amber for more than 20 years, her time with Etta was tragically cut short. Etta’s final moment with her parents was gut wrenching. Her unexpected death raised the stakes, resulted in Peter’s downward spiral and brought the story full circle as the loss of a child (i.e. Peter) can be considered the starting point of Fringe’s alternate universe mythology. While the fetch quest for the various pieces of the device that could “destroy” the Observers led to mixed results, it was the hope of getting Etta back that added another layer to the sentimental pay off in the series finale.

Without her cortexiphan abilities (until Episode 5.12) and no longer a FBI Agent, Olivia had a less prominent role this season. However, she did have several memorable moments that stood out for me. In Episode 5.02, Olivia didn’t preach to Etta about use of the aging (torture) device on their prisoner but her compassion and empathy influenced her daughter to free the man at the end. In Episode 5.08, she showed off her brilliance and resourcefulness in macgyvering a contraption that blasted a bullet into her captor’s head – the same bullet Walter shot into her own head in Brave New World – Part 2. Later in the same episode 5.08, she makes a passionate plea to Peter about the importance of love and how memories keep their daughter alive. After Peter holds out the Observer device that he cut out of his neck, Olivia replaces it with Etta’s bullet necklace. The reoccurring theme of the power of love was effectively executed because we are wholeheartedly invested in these characters.

Although Walter’s intention was to cure the boy Peter in the other side, his hubris and desires resulted in a tear in the fabric of the universes and the kidnapping of Walternate’s son. Consequently, Walter believed a price had to be paid for cheating fate. In the series finale, watching Walter walk into the time portal/shipping lane with Michael was incredibly moving. He made a huge sacrifice, giving up his most “favorite thing” – Peter; something he couldn’t do many years earlier. Walter reset time and gave back Peter’s life with Olivia and Henrietta which earned his redemption. Plus, by bringing Micheal to the future, Walter helped saved the world from the Observer invasion and altered the course of human evolution for the better. The underlying message is by believing one can change fate, then there is always hope as represented by the White Tulip.

What did you think of the series finale? Can you explain the time paradox and why Walter couldn’t exist in 2015? What were your top moments of Season 5? Sound off in the comments below.

← Arrow: Season 1 Episode 10 Review – ‘Burned’
Spartacus War Of The Damned: Everything You Need To Know About The Final Season →