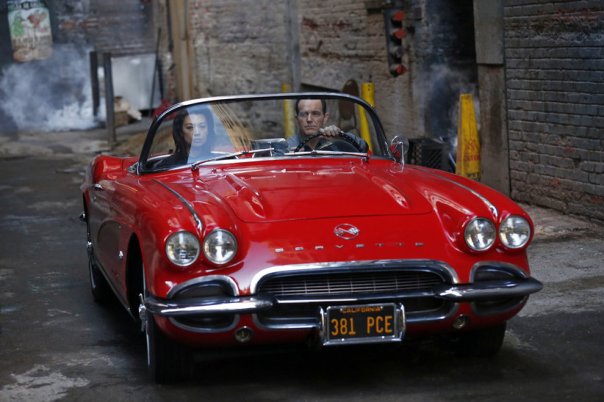 In “Seeds” Agent Ward, Fitz-Simmons and Skye investigate a freezing device set off at S.H.I.E.L.D. academy. Meanwhile, Coulson and May track a down a former agent who has information on Skye’s origin.

After last episode’s less than impressive reveal on Coulson’s mysterious resurrection, my expectations for “Seeds” weren’t very high. Maybe because I wasn’t expecting much and I’m in the mood for some escapist entertainment I put aside my hang ups about the show and enjoyed the main story in this week’s episode.

As always, I’ll recap some of the main plot points but feel free to discuss anything about the show in the comments section including the parts I’ve skipped over.

• Call Me Fitz: “Seeds” is a solid episode for Fitz. Fitz’s humour didn’t come from bumbling around as a lab geek out of his element. I liked his funny zingers when sarcastically putting down Ward (he has wonderful ideas from time to time) and perhaps unintentionally on Skye (the easiest SHIELD division to get into is where Skye would be). As seen in previous episodes, he can be a tad peevish at times which is a nice contrast to his spritely other half – Simmons.

If it wasn’t for Simmon’s positive influence it’s very possible that Fitz could have instead met the wrong kind of people and ended up using his genius mind for nefarious purposes. Sort of like what happened to student Donny Gill.

• Blizzard:  I liked the extra time spent on developing the origin story of a potential new super villain in Donny Gill. Like many villains, Donny is initially well-intentioned but that may change after his best and only friend dies because of an accident he caused.  Dylan Minnette’s (Lost, Prisoners) strong performance gave his character some added depth and it would be cool (ahem) if he returns at some point. 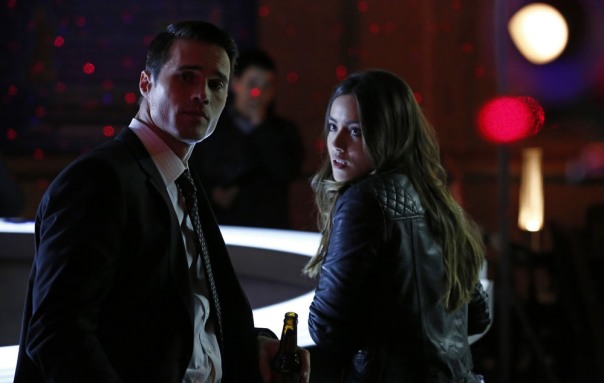 • Skye is a 0-8-4 #@$!: Though I can understand Skye’s emotional reaction to learning bits of information about her origin and feeling connected to her SHIELD family, since several agents as well as a small village lost their lives to protect her, I’m still not invested in her journey. Coulson’s speech at the end sounded like the writers’ plea to viewers to stop hating on Skye. Throwaways lines like “I hacked my way into SHIELD” which acknowledge Skye doesn’t fit in yet feel more authentic at this point.

If Skye is in fact a 0-8-4 is it a good thing to keep her as a central figure of the series when many fans prefer her in a supporting role? Coulson’s talk with Skye faded out but can we assume he didn’t keep the 0-8-4  a secret from her?

• Visual FX:  From the ice freezing up Donny to the bus landing in the eye of the ice storm the visual effects are well done. The one shot that didn’t look quite right is when Ward opened the door to find the storm raging outside. Many of the exterior locations added to the production value such as the Wall Of Valor hall. Some fans may have groaned when Skye name dropped Bucky Barnes from the wall but I kind of chuckled at the irony.

• Hogwarts:  I liked the visit to SHIELD academy because it makes this Marvel universe feel more lived in and expansive. It’s nice to imagine there’s a whole other world going on beneath the surface. There’s also something eerie about an organization dedicated to training young students to spy even if it’s under the guise for the greater good.

I also liked the competitive rivalry between the different houses or divisions of SHIELD. Simmon’s explanation about the boiler room which turns out to be an underground bar for students is nice touch as well. The show could benefit from more world building to capture the imagination of fans.

• Best Line by May: Agent Ward and I have been having sex.

Agents of S.H.I.E.L.D. has a track record of bouncing back with a stronger effort after a lacklustre episode. Although the show’s producers haven’t demonstrated they can craft a compelling long term character or story arc yet, they can pull off some good stand alone episodes.

In “Seeds”, use of each of the agents is fairly well-balanced and I appreciated that the humour didn’t feel forced or cheesy like the earlier episodes in the season. Although I’m relatively positive in my recap there are still on-going issues with the show that need to be addressed such as what to do with Skye. Skye haters will have new ammunition after this episode’s surprise reveal.

What do you think about Skye as a 0-8-4? Are you interested that Ian Quinn is connected with the Clairvoyant? Does this episode affect your decision to continue with or drop the show?