← Community Links & News: Five Not So Random Things I’m Looking Forward To This Year
The 100 Season 1 Review: Five Reasons You Should Watch This Show → 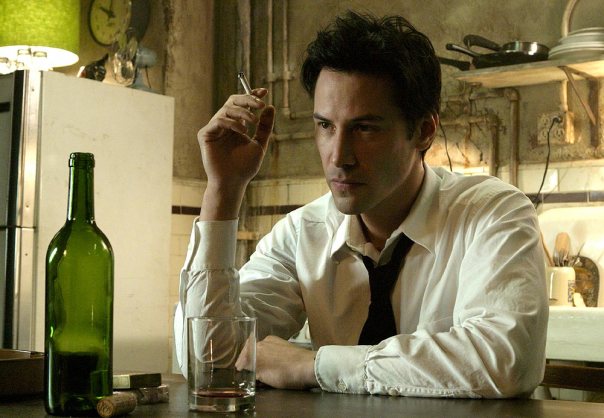 A good idea can be hard to kill while some bad ideas just won’t die.  Based on DC/Vertigo’s horror comic book series Hellblazer, Constantine falls into the former category; a promising premise that’s been haphazardly adapted into a motion picture. Almost a decade later, Constantine gets another chance to prove its worth on-screen, this time resurrected as a television series on NBC beginning October 2014.

Co-creator Alan Moore (V for Vendetta, Watchmen) originally conceptualized John Constantine as an English streetwise magician with the looks of musician Sting.  Though the resemblance to Sting was removed by DC comics, Constantine is visually recognizable by his trademark trench coat and constant chain-smoking. In the movie version, haunted with the ability to see demons and angels, Constantine committed suicide as a teenager but is resuscitated. For the mortal sin of taking his own life, Constantine is condemned to Hell after death if unforgiven.

2005’s Constantine teeters on the edge between a disappointing failure and a passable but flawed supernatural thriller. It can go either way. The tone is fairly dark but most of the intended spooky moments aren’t scary or even suspenseful. The few attempts at light humour fall flat and there aren’t any memorable action set pieces.

In the main story, a cop named Angela (Rachel Wiesz) asks for Constantine’s help to prove her twin sister’s suicide is in fact a murder. The weakness is not so much with the story but in the storytelling. The advancement of the story often relies on dark magic but without sufficient world building these plot devices feel much too arbitrary. In spite of poorly connecting the plot threads in a coherent manner, there is a meaningful thematic element at play. Both Angela and Constantine share parallel character arcs involving atonement and seeking salvation.

It’s sometimes easier to forgive a movie that has a mediocre story when it is saved by a compelling protagonist. That’s not the case here. The story becomes convoluted but the stakes are sufficiently raised. The problem is that Keanu Reeves’ version of Constantine lacks the charisma and a powerful, captivating presence to become deeply invested in the story. Had the screenplay delved deeper into depicting his origin story like many other comic book movies instead of a very brief flashback it may have been easier to connect with Constantine as an anti-hero. Constantine’s motivation is clear, but as a viewer, a reason to root for him to achieve his goal is not apparent.

In the comics, Constantine is described as a cynical, con artist with questionable morals. The screenplay has many moments which show off these traits but Keanu Reeves’ interpretation of the character doesn’t embody them. Reeves emotes and delivers lines with a near blank expression. This creates a disconnect because when Constantine flips the bird or closes a door on a person’s face, it doesn’t come across as irreverence rather it feels out of character.

Other performances are a mixed bag. Tilda Swinton’s devilishly graceful performance as the half-breed angel Gabriel is a bright spot in a cast of middling actors.  Shia LaBeouf holds his own in a mainly comedic relief but sorely under developed sidekick role. As demon hybrid Balthazar, rock star Gavin Rossdale’s attempt at acting draws attention to itself while Djimon Hounsou is suitability neither good nor bad as Papa Midnite, a neutral player in the war between angels and demons. 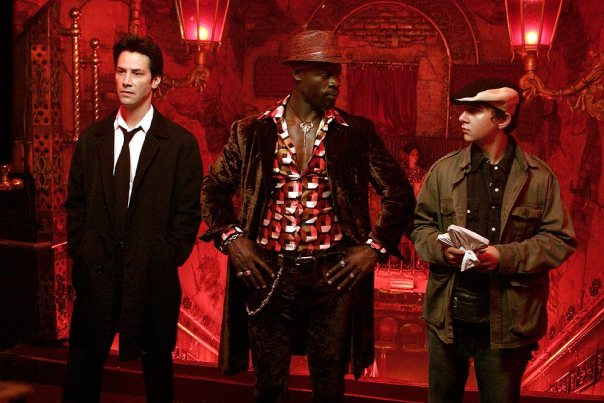 Visually, director Francis Lawrence (The Hunger Games: Catching Fire) utilizes Matrix-like bullet time in way which serves the story and heightens the impact of key moments. The special effects of a macabre bug creature in a darkly lit scene is creepy but other CGI, for example a demon trying to eat its way out of a human body in broad daylight, doesn’t hold up well by today’s standards.

A miscast lead actor and disjointed storytelling bury this film among the lower tier of comic book movie adaptations. There are moments that are almost worthwhile but the movie as a whole is far from entertaining. The redeemable element to Constantine is that the core concept of an occult detective has plenty of potential. If developed properly, like a supernatural version of NBC’s Hannibal, Constantine could make for a solid television series.

Orginally written in June 2014, Constantine movie review is part of the Genre Grandeur feature on Comic Book Movies over at MovieRob. For all the reviews in this feature head on over to MovieRob by clicking here.

Battle Of The Movies: Captain America: The Winter Soldier vs Guardians Of The Galaxy

← Community Links & News: Five Not So Random Things I’m Looking Forward To This Year
The 100 Season 1 Review: Five Reasons You Should Watch This Show →