← The 100 Season 1 Review: Five Reasons You Should Watch This Show
Game Of Thrones Season 5 Trailer: What You Might Have Missed → 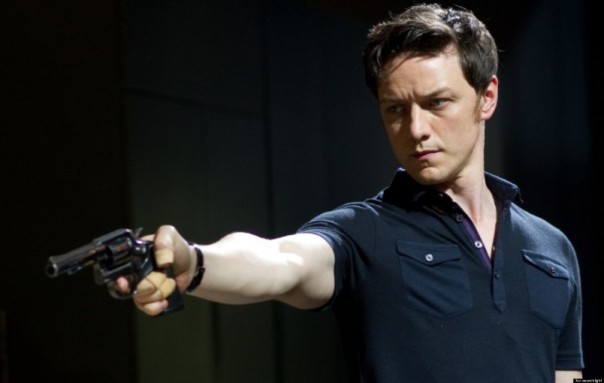 This month’s Genre Grandeur at MovieRob is all about British Thrillers! For all the reviews from many awesome movie bloggers head on over to MovieRob.  As always, I pick a movie that I’ve never previously watched. Here’s my take on Danny’s Boyle’s Trance starring James McAcoy:

The set up to some of my favorite heist movies involve thieves making clever, elaborate plans only to abandon them when everything goes terribly wrong and as a result must rely on their quick wit to pull off a job against even greater odds. 2013’s Trance is a fresh take on the premise of a heist gone wrong; it’s a savy mixture of mind-bending twists and mysteries which are revealed to be increasingly more intricate as they unfold.

The beginning to Trance’s story is relatively straightforward. An art auctioneer (James McAvoy) gets caught up with criminals (Vincent Cassel, Danny Sapani) and seeks the assistance of a hypnotherapist (Rosario Dawson) to uncover the forgotten memory of what happened when a stolen painting is lost during a heist.

One of the strengths of Trance is how hypnosis is conceptually integrated into the story. From what I’ve heard about hypnosis is that it can’t make a person do something against their will or against their moral fiber. However, it can make a person more receptive to suggestion. So it’s astute for the screenplay to play on the idea of control in the shifting power dynamics between characters and within. Not knowing whether a character’s deepest motivation is truly their own or someone else’s adds to the story’s intrigue.

Director Danny Boyle is consistently good. His versatility across many different genres of film, from horror in 28 Days Later to science fiction in Sunshine is evident.  In Trance, Boyle demonstrates a good ability to build suspense and respects the viewer’s capacity to anticipate what might happen next. This isn’t Boyle’s finest work however, unlike his visceral and provocative direction in Trainspotting, Trance feels comparatively restrained at times though still very competent and suitable for what the film sets out to accomplish.

The editing is deserving of some praise. The film seamlessly goes back and forth between reality and a dream-like subconscious as well as the present and past in ways that alter the perception of what is really happening without the film becoming too confusing to follow. In lesser hands, it could have been a mess, instead the editing helps makes Trance a well-constructed thriller.

Both James McAvoy and Vincent Cassel are very good in their roles.  Best of all, there’s a subtlety to Rosario Dawson’s performance that I’m quite taken with. With a simple knowing glance or a bat of an eye lash, Dawson exudes an effortless charisma. It’s also courageous of her to bare her bare essentials for the whole world to scrutinize and turn into animated gifs.

The middle section of the film briefly takes it’s foot off the acceleration pedal but picks it back up in the final act. Whereas some movie’s twist can feel out of the blue, Trance plants the seeds earlier on so that the ending feels earned. There are other concepts going on that make Trance intriguing; however, discussing them might give away too much.  For a challenging and truly mind-bending heist movie, Nolan’s Inception is the superior choice, yet on it’s own merits Trance is a very sleek and solid crime drama.

← The 100 Season 1 Review: Five Reasons You Should Watch This Show
Game Of Thrones Season 5 Trailer: What You Might Have Missed →