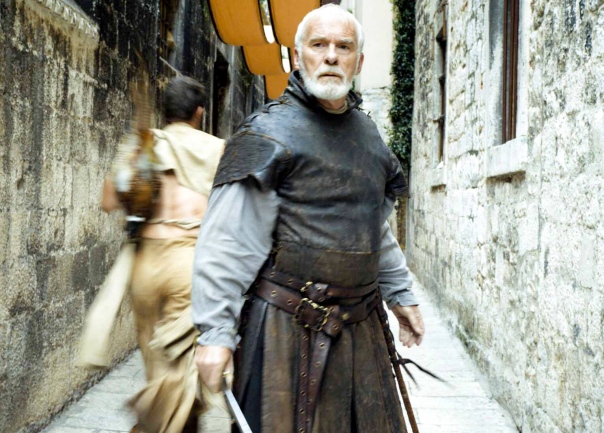 Game Of Thrones: Season 5, Episode 4 “Sons Of The Harpy”

Game Of Thrones is back with an episode even more deadlier than the last. “Sons Of The Harpy” is anchored by two action sequences.  The fight scene in Dorne was surprisingly amusing at the same time incredibly deadly.  For reasons why we are excited to see more of Dorne, take a look at What You Need To Know About Dorne.  In this post, we’ll take a look at some of the interesting questions this episode leaves us with. Full spoilers ahead.

Because Game Of Thrones is filled with so many conniving characters, Barristan Selmy’s nobility and righteousness stands out above them. What he also offers as a trusted advisor is connecting Dany to another side of her family’s history in a way that no one else can. After all the drama from previous weeks, it’s a refreshing lighter moment when Dany smiled while listening to stories about her eldest brother.

A nitpick I have with the episode’s closing fight is that even though the Unsullied were badly outnumbered, they weren’t the great Spartan-like fighters that I imagined; Grey Worm being the notable exception. The fight did provide a heroic send off for Barristan Selmy whose fate is likely sealed while Grey Worm will probably live to see another day.

As mentioned in our death predictions for this season, the show runners are killing off characters that might be alive in the books. George R.R. Martin needed Selmy’s POV to tell what was happening in Meereen but the show isn’t constrained in that way. With Tyrion’s imminent arrival and Jorah’s return to Mereen, it’ll be a surprise if Selmy still has a future on the show. 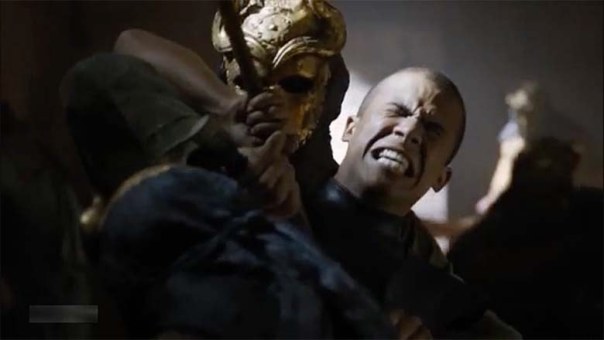 How Will Dany React When Jorah Returns With Tyrion?

It’s like a scene from Sherlock with the way Tyrion deduced the identity of his kidnapper. Tyrion made an interesting remark that Dany would just as likely execute Jorah and pardon him. Of the many story lines converging, Tyrion and Dany is one that I’m most looking forward to. Dany’s recent decisions have put her out of touch with her people’s culture and beliefs, Tyrion could help Dany navigate Meereen’s political dilemmas with shrewdness and wiles.

I’ll be curious to see if Selmy’s death might play a factor in Dany reconsidering her promise to execute Jorah if he ever set foot in Mereen again. Will Dany feel partly responsible for Selmy’s death and make her second guess her handling of the Sons Of The Harpy? What about the public execution of former slave Mossador? Dany may not have shown Mossador mercy but perhaps she’ll give Jorah a second chance to regain her trust.

Will the Battle Between Stannis and the Boltons be the Big Episode 9 Event?

Stannis is a stern, uncharismatic leader; however, his scene with Shireen adds another wrinkle to his character. Shireen grew up to be pretty well-adjusted considering how emotionally unavailable her parents are. Between Shireen’s parents, Stannis is the only one to care and believe in her which is a nice shared moment for them.

What also helps make Stannis someone to possibly root for is that he’s the only House at the moment that is willing and capable of taking down the much despised Boltons. If Stannis does arrive at Winterfell it’ll be a major convergence of several characters at one location: the Boltons, Sansa, Theon and likely Brienne & Pod. But with so many other storylines deserving of the center stage, Stannis’ storyline is likely one of several that will significantly progress in the penultimate episode 9.

What Is Melissandre’s Hidden Motive To Seducing Jon Snow?

In the season preview post, I said with tongue in cheek that whenever Melisande gets naked bad things happen. But there’s most definitely an ulterior motive to seducing Jon. Whatever is her ultimate goal is a mystery to me but perhaps looking at how her magic works might shed some light. In the scene with Stannis she made a remark about how there’s power in Stannis’ bloodline and that carried over to Shireen. She also indicated that there was power in Jon. Melissandre has needed men with a king’s bloodline in them eg. Gendry and Stannis to work her deadliest magic. But is this because she needs king’s blood to kill other kings? The only living king besides Stannis among the War Of The Five Kings is Balon Greyjoy, but that’s more because the show runners have forgotten /sidelined the Greyjoy storyline. I would think Melissandre has something else entirely up her sleeve.

On a final note, it’s interesting that both Littlefinger and Barristan Selmy told a story about Rhaegar. Because we will never see Rhaegar depicted on the show, we are learning about him through stories given by various characters. Each narrator’s perspective, assuming they are reliable, adds a piece to the bigger puzzle or backstory. In some cases we get a conflicting idea of who Rhaegar is. From Selmy’s perspective, Rhaegar did not like killing which differs from how Sansa believes he’s a rapist. The full story has yet to be revealed.

What are did you like or dislike from this episode?