← Doctor Who: Series 9 Episode 1 “The Magician’s Apprentice (Part 1)” Recap
Fall TV Preview: New and Returning Shows We Are Excited For →

Gotham: Season 2 Episode 1 “Rise of the Villains: Damned If You Do” Review 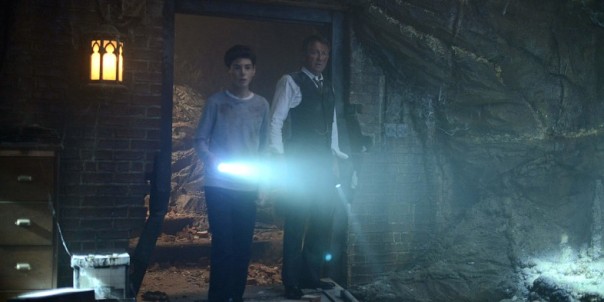 Gotham is back! Is that the sound of excitement I hear or an apathetic grumble? Like a lot of viewers, I have mixed feelings about Gotham Season 1. However, the beginning of a new season gives the producers an opportunity to make adjustments and tweak areas of the show that aren’t working so I went into this premiere with an open mind.

Gotham is in an interesting situation in that Season 1’s ratings were fairly consistent, though it did slightly dip in the later episodes, which isn’t a huge incentive for the writers to make wholesale changes. As the saying goes, if it ain’t broke don’t fix it.

If the Season 2 premiere is any indication, one aspect from the first season that is dropped is the case or villain of the week. Instead what this premiere is setting up are longer story and character arcs. The trick to doing a serialized show is that each episode should still offer a beginning, middle and an end or some form of resolution.

This premiere accomplished that but as it stands, Gotham still has ways to go before I can whole heartedly recommend it to others. I don’t believe Gotham needs to be a universally beloved show, few shows are, but it should strive to be a show that is championed by the fans who make the effort to tune in each week. If that is too much to ask, I simply want Gotham to be a show I look forward to and get excited about unfortunately it’s not there yet. At this point, it’s decent enough to hang in there in hopes the show can turn things up a notch.

There’s a lot character moments for Bruce and Gordon in this episode, so that’s what I’ll mainly focus on for the rest of the post. Picking up where Season 1’s finale left off, Bruce discovers a locked door to his father’s secret room. I actually enjoyed Bruce and Alfred’s story line last season, mainly because of their relationship and it’s still hitting the right notes.

Every version of Batman has their own twist to the origin story. What I liked about the New 52’s origin of Batman is that the death of Bruce’s parents is a random act of violence. It’s something that cannot be understood or made sense of which adds to the tragedy of becoming an orphan. Gotham’s approach is different but one that is better suited for an on-going television series. The unraveling of the conspiracy behind the death of Bruce’s father is the driving story from which Bruce can grow, overcome conflicts and develop into the hero that we know.

An area that could use improvement is when Bruce lands on the idea of choosing truth over happiness which is firstly a little too simplified of a notion or at least one that could be explored in a more thoughtful way. Secondly, Bruce wanting a true calling could have been a stronger earned character moment if the episode had built up to that with more nuance and emotional complexity. Take for example, in Game Of Thrones when Arya, who’s also a child orphan like Bruce, had to sacrifice her beloved sword, which is symbolic of many things including family and vengeance, to pursue her calling was incredibly deep, powerful and emotional. 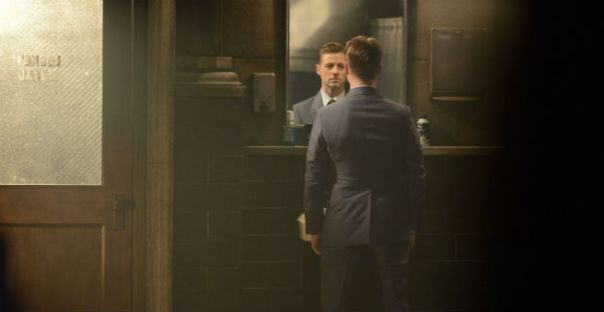 What did work better is contrasting the different sides to Bruce. He comes across as a know it all when Gordon comes to seek advice, but he couldn’t figure out that the password to the door was simply his name. I would like to see more often this side of Bruce where he reminds me he’s still a child and it was fun when he resorted to using brute force to blow up the door instead of his brains. He may become a great detective in the future but that doesn’t mean he already has to be one.

In the first season, I think the idea was that Gordon was the force of good within a corrupt police and government system. To play against the grain makes for a more compelling Gordon. Darker and more interesting things will come by making a deal with Penguin and compromising his code of honor. If the rest of Season 2 can explore this further and his twisted relationship with Penguin the show would be much stronger for it.

The one sticking point is the clunky way Gordon’s story solved two problems at once: 1. How to cross Gordon’s and Bruce’s diverging story lines and 2. Make us understand why Gordon would take Penguin’s dubious deal. This meant that Gordon showed up at Wayne Manor only to be told by Bruce what Gordon was probably going to do anyways.  This felt like a short cut in terms of character work and conveying Gordon’s thought process to the viewer but I can understand that the episode needed to get things moving.

Overall, this was a pretty decent episode. It had enough going on to make me want to see what will happen with the Rise of the Villain arc and Bruce’s evolution. There’s some baby steps in developing Gordon into a true lead character, one who is compelling and complex. And as always, Penguin steals the show.

• My favorite scene is Penguin vs Loeb in the kitchen. Great stuff!

• I like this version of crazy cool Barbara and I’m interested in where the Rise of the Villain arc is going.

• I don’t miss Fish at all. Looks like Barbara will do the over the top, campy acting in her place.

Are you a fan of Gotham? Do you like this version of Barbara? What do you think Bullock is really up to?

← Doctor Who: Series 9 Episode 1 “The Magician’s Apprentice (Part 1)” Recap
Fall TV Preview: New and Returning Shows We Are Excited For →