Is American Horror Story: Hotel Worth Checking Out?

Here’s a review on American Horror Story: Hotel, written in mind for people who are curious about this season. No major spoilers.

If there’s a rotten stench that’s coming from a stitched up hotel bed, you probably shouldn’t cut it open to see what’s inside. Unless of course, you’re in a scary movie or on FX’s American Horror Story: Hotel. 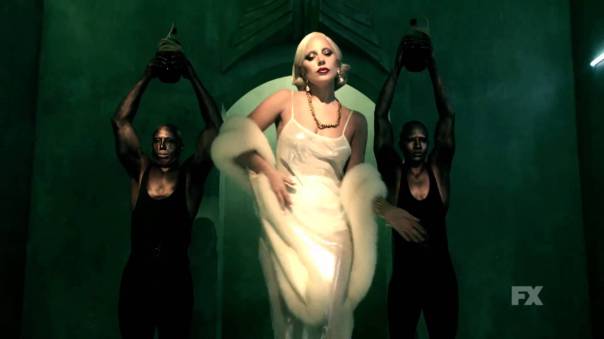 One of the challenges with how Hotel is a frenetic pastiche of popular horror fiction, everything from Stanley Kubrick’s The Shining to David Cronenberg’s The Brood, and even real life events is that it becomes harder to distill the essence of what this season is about in the midst of the mayhem.

As a visceral experience, some might write off Hotel as simply violence and barbarity as entertainment. At the same time, there are reoccurring themes at play that might suggest there’s a through-line that’s keeping the stories from falling apart at the seams.

Boiled down to its bare bones, Hotel is essentially about isolated individuals disconnected from the here and now. The hotel guests exist in perpetuity, stuck in a cycle of violence. For some, their struggle is to find a meaningful purpose and in the process connect to the modern world.

The issue with Hotel is that there isn’t one major story line that is strong enough to anchor the season from beginning to end. The Ten Commandment Killer story references elements of David Fincher’s Se7en but comes off as an even weaker version of Dexter Season 6’s Doomsday Killer: uninteresting, predictable and ineffective.

The other story lines, which directly or tangentially relate to the Countess (Lady Gaga), largely depend on how invested you become in the characters. This is because most of the stories are only mildly entertaining at best. Generally, these story threads are uneven, receiving some attention in one episode only to be noticeably forgotten in the next two or three.

When it comes to the flashbacks it’s also a mixed bag. Hotel’s back stories can be enjoyable in getting the explanation behind characters and at times gain a bit of sympathy for them. But Hotel verges on over-relying on these flashbacks to explain stuff and don’t consistently fulfill their potential.

How Is The Cast?

Jessica Lange is not in this season but her absence isn’t felt.  The writers do a good job of writing to the strengths and limitations of each actor. Benefiting from this is Lady Gaga, the newcomer to the cast. There’s an old soul quality that Lady Gaga exudes which lends well to her character.  While Lange was given great monologues, Lady Gaga preens for the camera often silently and she does it well. The first scene we spend significant time with her is essentially a full length music video, something that is in Lady Gaga’s comfort zone but doesn’t exactly flex her acting chops.

The highlight of the cast is Denis O’Hare as transgender bartender Liz Taylor. O’Hare steals scene after scene. He has an amazing awareness of both his body language and in giving personality to every bit of dialogue. Liz Taylor is easily the most likable character; however, the writers dropped the ball in not showing how her love interest developed. It happened completely off-screen which is unfortunate because much of her motivation in the second half of the season pivots on the importance of this relationship to her.

Hotel manager Iris, played by Kathy Bates, is surprisingly a fan favorite. This might be partly because her internal pain comes across and her arc is better defined than other characters. It also helps that a lot of her scenes are with Liz Taylor, making for an unlikely pair who play off of each other well.

Evan Peters is very good as James March, the sadistic former hotel owner. Peter’s old-fashioned line delivery borders on being a caricature, but it adds to the humor on how James March is out of time from a different long gone era. Although Lily Rabe isn’t a regular, she kills it in the Halloween episode “Devil’s Night”. Rabe should deservedly receive an Emmy nomination, interestingly it’s the same character in which Charlize Theron won her Oscar.

Unfortunately Sarah Paulson isn’t given strong enough material for an actress of her caliber until the final two episodes. Paulson did not receive as much screen time because she was simultaneously filming American Crime Story. The weak spot in the cast belongs to Wes Bentley. How much of it is because he’s given weak material is hard to say, but he’s pretty bland, basically a poor man’s Dylan McDermott.

Episode 1’s “Checking In” doesn’t bother with the slow burn approach. The writers throw every idea on the wall, a mishmash of all things gruesome and grotesque, with the intent of bombarding viewers. It’s shock value for the sake of shock value. As viewers become more and more desensitized to violence, the writers feel like they have to turn the volume up to 11 to grab our attention. Often times the writers mistake what is horror for what is revolting. Being startled or grossed out is not the same thing as being scared. Season One’s Murder House did a good job of capturing the fear and tension of what could be lurking in the basement cellar. In Hotel, the feeling of dread is realizing this is an inconsistent season with its share of low points.

The origin story of the Countess dating back to the 1920’s as depicted in Episode 7’s “Flicker” was one of the more memorable flashbacks. There were a lot of moving parts that came together nicely by piecing the past with the present day events. And the pieces fit. We get a better understanding of why the Countless closely guards her emotions and why she leaves her lovers hanging dry for the next chiseled jaw bloke.

The evolution from the silent movie era to the “talkies” marked the end for many silent film stars’ career who could not transition with the times and technology. The Countess embodies an elegant timelessness, never feeling outdated. Among Hotel’s characters, the Countess is juxtaposed against those who are stuck in a particular era, for example Hypodermic Sally (Sarah Paulson), a junkie from the grunge generation, and the ultra fierce 70’s blaxploitation film star Ramona Royale (Angela Bassett).

Hotel went into dark and twisted places, yet it’s actually the less extreme moments that worked best, for example Liz’s relationship with her family member was a bright light. In the initial episodes, Liz felt like a fringe background character, in the finale titled “Be Our Guest”, she’s become the glue that holds everyone together. Among the many characters who have been transformed from one state of being to another, Liz is a deserving center piece for this notion. After so much agony, suffering and torture throughout the season, “Be Our Guest” left us with an unusual feeling of hope and bitter sweetness. 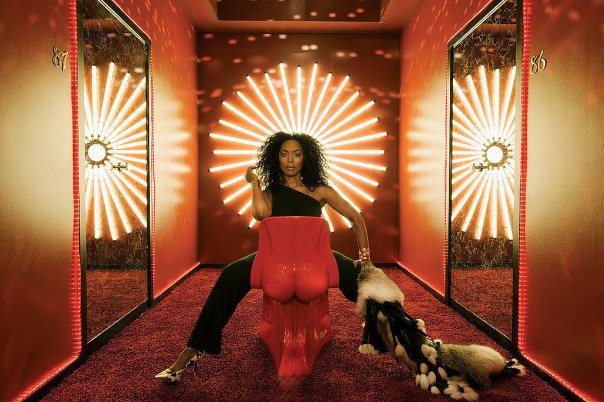 So Is Hotel Worth Watching?

Hotel is a dark, messy ride but it’s not a depressing one. There are some funny one-liners and subversively enjoyable moments. While not everyone may agree, the ending does a decent job with where Hotel leaves each character. Where Hotel falters is in serving too many masters. The writing isn’t tight enough to juggle so many balls in the air and expect each one of them to land. Sure, there are some good moments but they don’t necessarily add up to a great season. As inconsistent as Hotel is, it’s a mostly watchable season, even if according to the ratings many viewers dropped out as the season progressed.

Ask a dozen American Horror Story fans and there will be a lot of variation in how each season is ranked. There likely won’t be a consensus on Hotel either. Some fans will consider this to be one of the best while others prefer the earlier seasons. If you’re on the fence, consider giving Hotel two or three episodes.

Are you interested in watching Hotel? How would you rank Hotel compared to the other seasons? Do you think Lady Gaga deserved to win the Golden Globe award?