“No Good Deed Goes Unpunished.” A gun-toting vigilante named Frank Castle, aka The Punisher, is set to cross paths with Daredevil in Hell’s Kitchen.

Marvel’s Daredevil centered on Matt Murdock, a blind attorney by day and crime fighter by night, will stream the entire Season Two consisting of 13 episodes on March 18, 2016 on Netflix.

Much of the anticipation for the second season is on the long-awaited introduction of The Punisher into Marvel’s Cinematic Universe. Back in October 2013, Marvel announced that they had regained the rights to Frank Castle/The Punisher from Lionsgate. 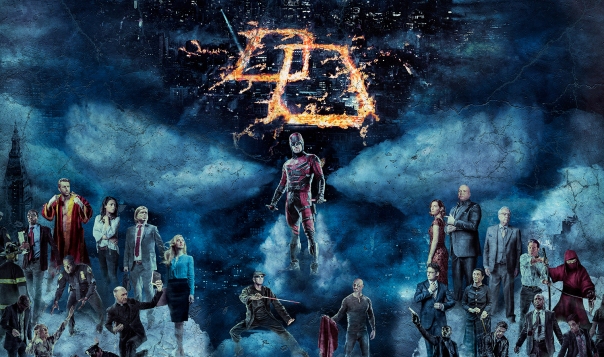 The Punisher is played by actor Jon Bernthal who is known for his role in AMC’s The Walking Dead as Shane. Both The Punisher and Daredevil are vigilantes but each have their own code of justice. Daredevil is opposed to taking life while The Punisher doesn’t hold back when it comes to dealing with criminals.

Part 1 of the new Daredevil trailer contains a key line of dialogue. The Punisher tells Daredevil “You know you’re one bad day away from being me”. This suggests that there is a thin line between the two vigilantes and that if something traumatic were to happen to Daredevil it could push him to compromise his moral code.

The escalating tug of war relationship between the two will likely form the arc of the season. The trailer shows that initially they are adversarial. In the comics The Punisher is more of an anti-hero than a true villain. 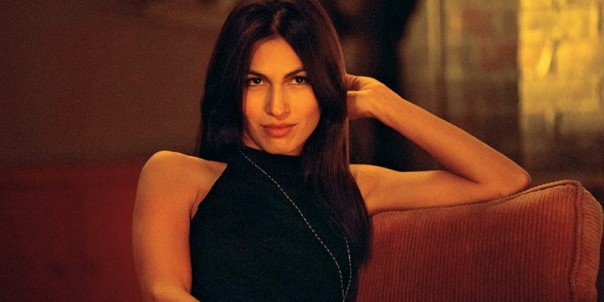 The trailer ends on a brief teaser which introduces Élodie Yung as Elektra Natchios. Judging by Matt Murdock’s reaction, he is very surprised that his ex-girlfriend is on his living room couch. According to Marvel.com, in the comics Elektra studied at the same university as Matt. Later, she left to join the secret organization of martial artists headed by Stick, who was also Murdock’s sensei as seen in Season 1. Part 2 of the official trailer to be released later in the month will focus on Elektra.

Behind the scenes, Season 1’s show runner Steven S. DeKnight (Spartacus: Blood and Sand, Angel) has departed and is reportedly working on the Transformers movie franchise. The new show runners are Doug Petrie (Buffy the Vampire Slayer) and Marco Ramirez with series creator Drew Goddard acting as a consultant.

Marvel’s comic book television series for Netflix currently consists of Season 1 of Daredevil and Jessica Jones. Marvel’s Luke Cage is set for release later in 2016, followed by Marvel’s Iron Fist at a date to be announced. All the superhero characters will team up in a crossover miniseries event called Marvel’s The Defenders. A spin-off series following Jon Bernthal’s The Punisher is speculated to be in development but is not officially announced or confirmed.

What do you think about the new “Daredevil” trailer? Are you excited for The Punisher and Elektra joining the cast in Season 2?