← Fox’s Mystery Thriller ‘Wayward Pines’ Has A Strange, Creepy Secret
‘The Leftovers’ is a Bold and Brilliant Drama You Should Be Watching →

Game of Thrones Season 6, Episode 6 “Blood of My Blood”: How the High Sparrow is a Master Manipulator 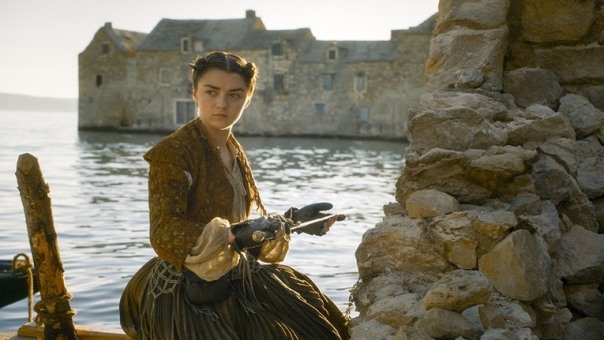 Spoilers Ahead on Game Of Thrones S06E06

“Blood of my Blood” is a fitting episode title. Of course, it’s a direct reference to Dany’s speech to her Khalasar. It also relates to Sam’s kin and his new makeshift family of little Sam and Gilly even though they aren’t blood relatives. Family is a thread which also connects to Bran’s storyline where Uncle Benjen makes his return.

#1. The Crown and The Faith 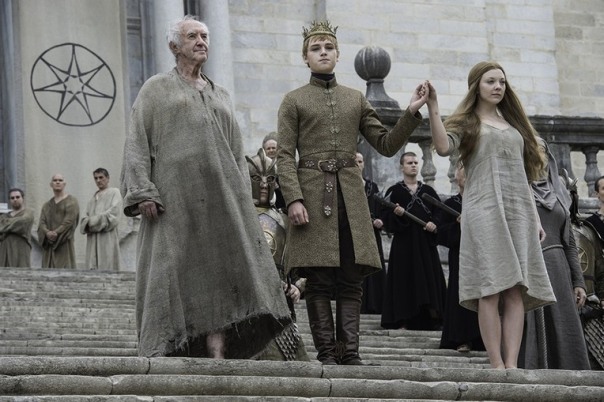 Within the context of the show, religion can be as innocuous as Ned praying in the Godswood or dangerous when Melisandre purifies men on a burning stake in the name of her God. But what happens when religion becomes essentially militarized? Conceptually the idea of the Faith Militant becoming powerful enough to sway the King, thus control the Iron Throne should make for an intriguing story line. Power comes in many different forms. Many Houses have risen and fallen vying for the throne. But here is an old, barefooted man in a burlap sack who basically won it without having to conquer.

So what is holding back this story line? The High Sparrow is an unassuming threat, a wolf in sheep’s clothing. His scenes are so subtle that when he’s speechifying there’s a ring of truth which hides his ulterior motive. He’s a master manipulator, so deceiving that as a viewer it’s easy to miss. The High Sparrow let Margaery see her brother Loras which broke her, although I first interpreted that scene as her showing strength. Once he had Margaery under his influence, he used her to manipulate King Tommen.

The show often has characters say they just can’t walk into the Sept and kill the High Sparrow but they don’t do a good job explaining why not. Why not have the Tyrell army lay waste to the Faith Militant and be done with it?  The small council was probably way too disorganized to put a stop to this threat before it became out of hand. Now that the High Sparrow has King Tommen in his back pocket, Cersei and the Tyrell’s hands are tied.

While the High Sparrow as a powerful threat isn’t registering, his adversaries aren’t engaging either. King’s Landing politics are more interesting and a lot wittier when from Tyrion’s point of view. He’s a character we can invest in his journey. On the other hand, this should be Cersei’s story line, she gave power to the Faith in the first place, but she hasn’t stepped up her game. Perhaps the “Rains of Castamere” song we heard a couple of episodes ago is hinting at a big power play in the works. Just hope that she has a better plan than The Mountain winning her trial by combat. Those trials don’t exactly go according to plan.

The other problem is that both hers and Jamie’s arc aren’t well defined enough. When Jamie looked into the Kings guard’s book, back in Season 4 which had a empty pages about him, it signified he’d be on a character driven mission to do good and honorable deeds. He’s spinning his wheels in King’s Landing which is why getting him out of there to take back Riverrun is a more promising arc for him. It also leaves Cersei behind to figure out how to defeat the High Sparrow on her own which is what I want to see.

#2. Gilly and Sam the Slayer 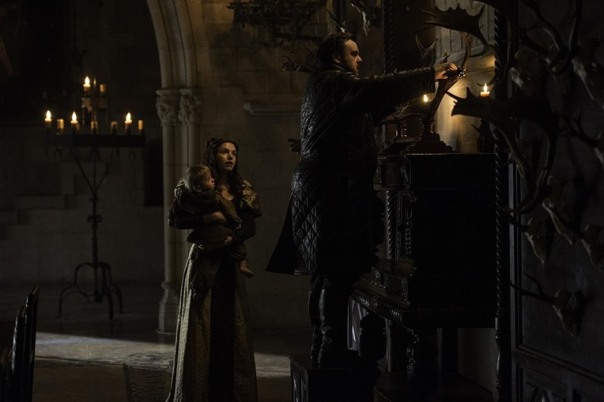 Samwell Tarly going back home reminds me a little of when the Hobbits return back to Hobbiton at the end of Lord of The Rings books. Sam, like the Hobbits, have experienced incredible adventures and danger. Except when the Hobbits return home, because of who they’ve become, are capable of taking back the shire.  Sam is a changed man, from coward to useful member of the Night’s Watch. But it’s Gilly who’s puts her foot down and stands up for Sam.

A part of me wanted Sam to be the one who stands up for himself. But in a lot of ways, he took a passive aggressive approach to getting back at his father rather than a direct confrontation. Whether Sam can admit to himself or not, bringing home a wildling and “his” baby with blonde hair which didn’t look like him was sticking it to his father Randyll. Taking heartsbane for himself is another great way to get back at his father. Randyll disowned Sam, but the sword is Sam’s way of symbolically reclaiming his family name and heritage. Like Gilly said, Randyll will probably come after them for stealing the sword. So this should set up a larger conflict for Sam to overcome before season’s end. 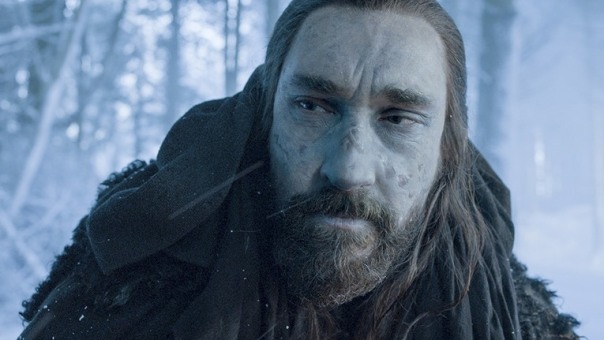 Benjen Stark destroying the wights to save Bran is a great way to kick off the episode and reintroduce us to this long lost character. Similar to how in the books it took a while to confirm that Dany’s captain of the queens guard is Ser Selmy but since the TV show is a visual medium his identity couldn’t be hidden, they didn’t waste time to reveal “Coldhands” is Benjen. Sure, they could have kept his face covered up but I think fans would easily figure it out quickly, especially as it’s strongly hinted at in the books. Two more direwolves and Hodor are gone, but it feels a little more hopeful to be a House Stark supporter this season.

With all the flashbacks and time travel stuff, it’s perhaps unclear for some viewers on what is the point of Bran’s story and his role in the end game. So having Benjen Stark directly say that Bran is the new Three-Eyed Raven and he’ll be important in facing off against the Night King is needed exposition. Bran’s flashes are really intriguing in that we see the Mad King for the first time and saying “burn them all” which seems to confirm some fan theories. 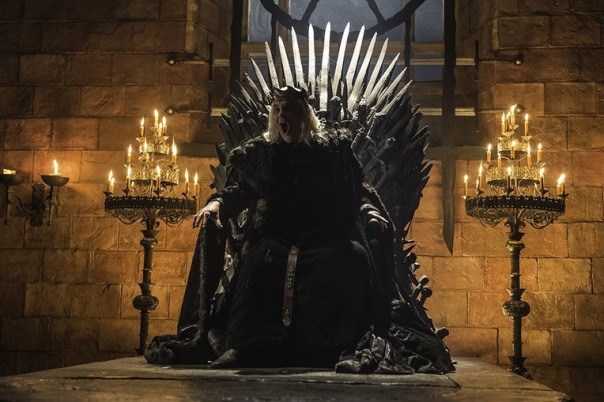 Even though “Blood of My Blood” is the 6th installment of the season, it’s very much a set up episode with the payoff to come. While in the books, GRRM often subverts expectations, in this season which has fast tracked a number of story lines, I’m guessing the show writers will follow through on what has been set up.  So Arya will face off against the Waif, the Mountain will fight in another trial by combat and Dany should make it to Westeros by the finale. The only thing Dany needs are ships which was conveniently addressed last episode. I wonder if there’s ever been an episode without Tyrion and Jon? Not the strongest episode of late, but one that’ll hold us over until next week.

What do you think about the High Sparrow? Which story lines are the least predictable right now?

← Fox’s Mystery Thriller ‘Wayward Pines’ Has A Strange, Creepy Secret
‘The Leftovers’ is a Bold and Brilliant Drama You Should Be Watching →