← Announcing the Winner of The Walking Dead Glow-in-the-Dark Painting!
Michael Fassbender is Destined for Great Things in “Assassin’s Creed” Movie →

New Rogue One: A Star Wars Story TV Spot Will Leave You Breathless 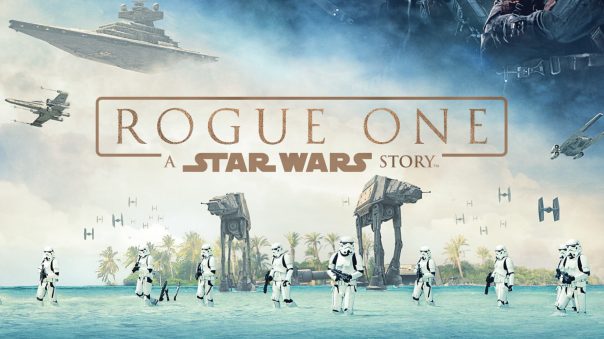 Rogue One: A Star Wars Story marks the first Star Wars movie outside of the main saga.

After four weeks of summer reshoots which has been speculated to restore a “sense of fun” to the film, Rogue One is set to take fans on a nostalgic trip back in time before the events of Star Wars: A New Hope.

After the formation of the Galactic Empire, the Rebel Alliance recruits Jyn Erso (Felicity Jones) to work with a team including Cassian Andor (Diego Luna) to steal the design schematics of the Empire’s new superweapon, the Death Star.

The latest TV spot is as memorable for the visually stunning, action packed battle sequences as it is for the soundtrack. Ominous heavy breathing looms over the promo and then the Imperial March musical theme kicks in. Rebels, you better keep your head on swivel, one of the most iconic movie villain is back!

Rogue One is not all doom and gloom. Take a look at the new adventure filled, fun spirited trailer.

Rogue One: A Star Wars Story opens on December 15 in the UK, December 16 in US/Canada.

← Announcing the Winner of The Walking Dead Glow-in-the-Dark Painting!
Michael Fassbender is Destined for Great Things in “Assassin’s Creed” Movie →