Is Joker the Origin Story we need? 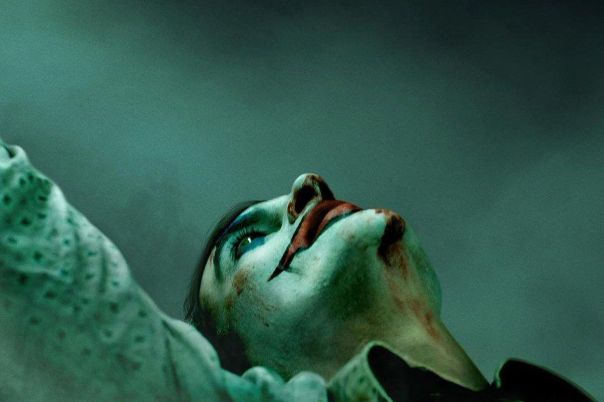 Joker might just prove me wrong and that’s a good thing. I was skeptical of a Joker movie at first for a few reasons. But after the final trailer and some early positive reviews, I’m actually very curious about it and hope to watch it when it comes out.

Set for release in October, Joker stars Joaquin Phoenix as Arthur Fleck, a clown for hire who’s taking care of his mother (Frances Conroy). Joker is a film about the transformation of a downtrodden nobody into the violence prone titular character. It’s less a comic book villain story and more of a psychological thriller centered on a disturbed, misunderstood individual.

END_OF_DOCUMENT_TOKEN_TO_BE_REPLACED

Why do certain superhero movies personally and emotionally resonate with you? Sometimes the reasons are obvious: a great story, memorable characters, stellar performances, cool special effects and awesome direction.

Maybe you wish you could have the superhero’s powers? Sometimes, it’s harder to put a finger on exactly why a particular superhero captures the imagination while others are forgettable.

Superheroes use their extraordinary abilities to perform heroic deeds. Their struggle to overcome conflict should imbue something meaningful.

There are many different types of heroes. Some don’t fit neatly into a category but the building blocks of a superhero are universal patterns. Here are several qualities you might see in a superhero and what they tell us about the human condition:

END_OF_DOCUMENT_TOKEN_TO_BE_REPLACED

Justice League could have been worse. The DC superhero team up flick is a run-of-the-mill mediocre effort that shouldn’t be written off as a complete mess. There’s some decent moments here and there. The sum of the good parts: Batman, Wonder Woman, and Aquaman is not enough to elevate Justice League into an above average spectacle.

END_OF_DOCUMENT_TOKEN_TO_BE_REPLACED

This year has plenty to offer fans of superhero movies.  The cinematic universes expanding and superheroes battling each other is all the rage. Also Teenage Mutant Ninja Turtles returned in the sequel Out of the Shadows (Full Review Here). For the rest of the superhero movie lineup, here’s a personal take on how they all stacked up.

END_OF_DOCUMENT_TOKEN_TO_BE_REPLACED 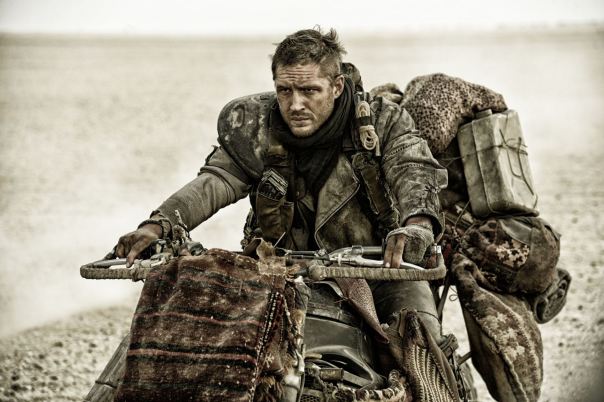 Yawn! I feel like a bear coming out of hibernation. Truth is, this blog’s inactivity over the last month is mainly because I wasn’t feeling inspired to write anything. I felt like I hit a wall and needed to consider if there was a future for this blog.

I’m grateful for your friendly support and words of encouragement. A belated and sincere Happy & Healthy New Year to all you gentle readers and fellow bloggers!

I’ll keep this post short and sweet. Here are some things I’m looking forward to in 2015, some are just based on my gut instinct.

• Mad Max: Fury Road. To be honest, I’ve never seen a Mad Max film. But Tom Hardy looks so bad-ass in the above photo and I’m a sucker for gritty, action-packed post-apocalyptic movies.

• Batman: Arkham Knight.  I don’t have a next gen system yet. Maybe this is the year? Arkham Asylum and Arkham City are the best Batman games out there and I’m glad that Rocksteady Studios is making this installment of the franchise.

• Game Of Thrones Season V.  Hands down my favourite show on the air. Can’t wait to see the adventures that await Arya, Tyrion and Daenerys this season.

END_OF_DOCUMENT_TOKEN_TO_BE_REPLACED 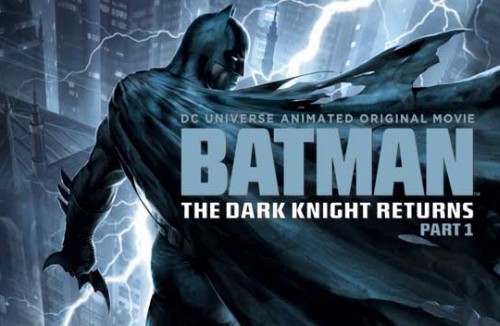 For many of us, there are times when we wish we could watch our favorite movies or read a book for the first time all over again. One of the joys of catching up on graphic novels and DVD/Blu-Rays is the excitement of experiencing something new. A lot of pop culture art/entertainment that appear to be new are actually recycled or reinterpreted from eras gone by. But there’s something about retelling the stories of enduring superheroes like Batman that holds meaning for each new generation. The following is a straightforward and spoiler free review of Batman: The Dark Knight Returns, Part 1:

END_OF_DOCUMENT_TOKEN_TO_BE_REPLACED

Note: The New 52 is DC’s relaunch of comic book titles, making it more accessible to new readers who have no knowledge of previous story lines.  “Born To Kill”, which collects issues 1-6 of Batman and Robin, is not a lighthearted, “buddy-cop” story.  It’s worthy of discussion that scratches beneath the surface. This is a recommendation article that contains some spoilers as it sets up the story, outlines the themes and introduces the characters, including the villain who is revealed in the first page of the graphic novel.

The dynamic between Batman and Robin in ‘Born To Kill’ is not that of hero and sidekick. Nor master and protegé. It’s a father and son relationship that plays out in an engaging manner.

Damian is Robin, the ten-year old son of Bruce Wayne and Talia Al Ghul. At the age of three, Damian started to train with the League of Assassins. Cold blooded violence and a killer instinct have been indoctrinated into him from an early age. Add to the fact that Damian is incredibly impulsive and is acting out of his resentment towards his father makes him an unpredictable, killing machine in the making.

“There’s a part of Damian that is broken, and it’s my job, my responsibility — to fix him,” Bruce confides in Alfred. To which Alfred replies, “It’s your job to be a father, not a mechanic, Master Bruce.” Bruce’s heart is in the right place but his attempts to repair and protect his son from himself only serves to push Damian to the edge. There’s an internal conflict in Damian that desperately wants his father’s approval for who he is and relate to the dark rage that he is suppressing.

END_OF_DOCUMENT_TOKEN_TO_BE_REPLACED

Note: If you don’t know which comic to start reading, check out this review.

There’s a kinetic energy that flies off the first page and doesn’t let up until you’ve reached the back cover. Non-stop action, gorgeous artwork, and fun character interactions make this a highly recommended read especially for newcomers like myself to the series. Justice League Volume 1 Origin is part of DC Comics’ New 52, where all the series in their catalogue hit the reset button and start from ground zero. In ‘Origin’, Batman is just an urban legend, Superman is ‘that alien guy from Metropolis’, and the word superhero is not part of the cultural lexicon.

Written by Geoff Johns, the story starts off in Gotham City with Batman meeting Green Lantern for the first time as they investigate a mysterious alien creature that leaves behind a strange cube believed to be a computer of sorts. I really enjoyed the bold, hyper-confident, characterization of Green Lantern and his interactions with the dark, brooding Batman; his polar opposite in terms of personality. When Green Lantern discovers his new ally doesn’t have any super powers he blurts out, “You’re not just some guy in a bat costume are you? Are you freaking kidding me!?!” Not one to be underestimated, Batman finds a way to quickly disarm Green Lantern’s ring unnoticed. Then Batman holds out the ring to an unarmed Hal Jordan and asks “What’s this do?”, followed by a funny disparaging zinger (I won’t spoil it here).

END_OF_DOCUMENT_TOKEN_TO_BE_REPLACED

The Dark Knight Rises: How Bane Could Have Been Better and the Future of Batman Movies

Watch the Dark Knight Trilogy before reading this post – Spoilers Ahead.

The Dark Knight Rises marks the end to Christopher Nolan’s Batman movie trilogy. Picking up eights years after the events of The Dark Knight (2008), Bruce Wayne has become a frail, cane-walking recluse, shunning any involvement with the outside world. But when a smart, alluring cat burgler infiltrates his mansion and a masked terrorist named Bane threatens Gotham City, Bruce Wayne decides to resurrect his crime fighting alter-ego even if it might cost him his life.  The Dark Knight Rises (TDKR) is a sprawling, thought-provoking and heroic conclusion to the trilogy. What did you think of Bane as a villain? How does TDKR compare with The Dark Knight (TDK)? Should the studio reboot the Batman franchise? Cibarra and I give our thoughts in the article below: END_OF_DOCUMENT_TOKEN_TO_BE_REPLACED

There has been some controversy over the muffled voice of the villainous Bane in the Dark Knight Rises prologue clip and the casting of Anne Hathaway as Catwoman/Selina Kyle, however director Christopher Nolan has earned the benefit of any doubts. 2008’s Dark Knight is one of the top grossing movies of all time and set the bar for comic book heroes on the silver screen. It’s also easy to forget that there were a lot of complaints when Heath Ledger (Brokeback Mountain, A Knight’s Tale) was originally announced he was taking on the role of the Joker. With all due respect to Jack Nicholson, Heath Ledger IS the Joker. Nolan’s last movie, sci-fi heist film Inception (2010), was a fascinating exploration of the unconscious mind and the power of illusion.  In fact, several actors from Inception (Tom Hardy, Joseph Gordon-Levitt, and Marion Cottilard) will star in Dark Knight Rises, the final movie in Nolan’s Batman Trilogy.