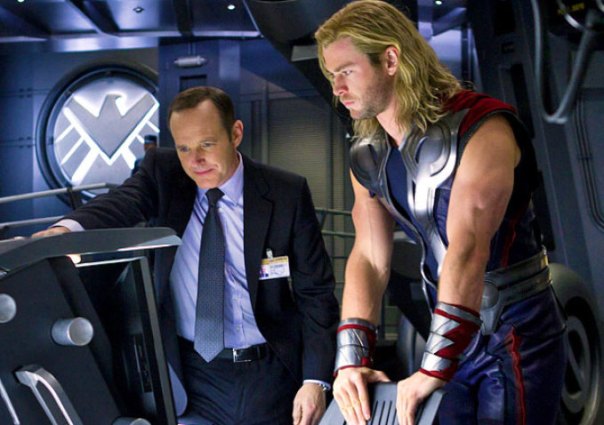 So the promos that built up this episode as a Thor Dark World tie-in are a bait and switch marketing tactic. Sure, Team Coulson spent the cold open cleaning up debris from Dark World’s climatic battle and there were some clips from the movie trailer interspersed … I think I saw Thor’s boot! Oooh so dreamy!

But I figured as much considering the TV series needs to work as its own entity and shouldn’t disfranchise viewers who haven’t caught up with the Marvel movies. The core story of this episode could air before or well after the events of Thor Dark World without any continuity concerns. This is not a rant rather an observation. The episode itself is incredibly enjoyable and is one of my favorites so far!

A good way to develop Simmons is through consistent characterization and building upon previous events. After nearly falling to her death, it makes sense for her to be afraid of heights and it’s a nice touch for Ward to reassure her “I’ll catch you if you fall” which is a call back to “F.Z.Z.T.” Her offhand quips that dismiss magic as an undiscovered scientific attribute is endearing and is consistent with how a double PhD lab geek would think.

The show receives a hefty amount of criticism for name dropping which has not been problematic for me but Coulson’s Thor Envy <insert Captain Hammer quote here> is really pushing my limit. A possible remedy for this as the characters build their own history is referencing events that actually happened on the show like the way the Chitauri virus is mentioned to give insight on an agents’ behaviour or decision-making process. Plus, little nuggets are fun for loyal fans to pick up on as long as it’s doesn’t get repetitive (i.e. Tahiti’s a magical place!)

The twist in this episode is effective because the Asgardian soldier that stayed behind is right under our noses all along. Peter MacNicol is great as Professor Elliot Randolph for his spot on delivery and unassuming manner. Randoph did try to pull a fast one on Coulson but he had no malicious intent. I appreciate that the writers resisted the urge to turn him into a villain; as if the team could take on a God. Besides, I adore Asgardians who revel in trickery and mischief.

The other twist involving the identity of the boy in the well I saw coming. It somewhat worked for me though it didn’t leave me with a lasting impression. As I watched the flashbacks, I had it in the back of my mind that earlier episodes mentioned that Agent Ward protected his younger brother from his abusive older brother. Further, because this memory enrages Ward instead of terrifies him, it’s a logical clue that it’s his younger brother stuck in the well. 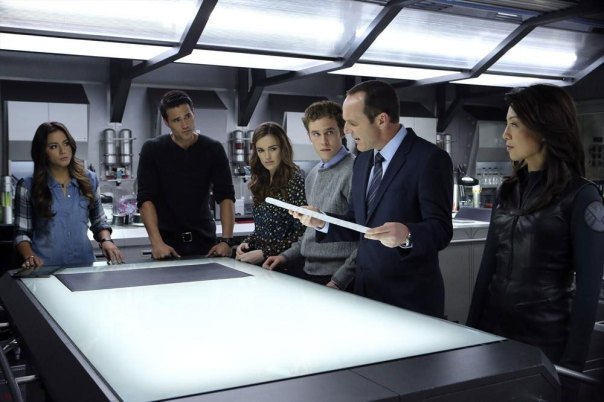 If I understand correctly, the berserker staff shines a light on an individual’s intense angry memory or emotion. The macguffin works as a plot device because it’s a real rage that has always been within Ward that becomes uncontrolled. Skye’s line is spot on, “Is this the old Ward or the new angrier Ward? I can’t tell.”

I was worried an angry Ward would depict him as unlikable yet oddly that wasn’t the case here. Perhaps it’s because there’s an authenticity to the things he did and said (“Skye you talk and talk!”) There’s no cure for the rage effects, it’s something that requires focus, control and practice in facing it head-on which makes Melinda Mays’ ability to instantly overcome it incredibly awesome to witness. Mays and Ward do share a common bond but did they really share a bed or is this another twist? I know Mays wants to take Ward under her wing but I did not expect her to want something more.

“The Well” is a strong, fun episode where all the elements came together without an actual Thor Dark World tie-in. We got super-powered agents, Asgardian god incognito, Coulson’s open heart-stopping first aid, and some good banter. All in all it’s another step in the right direction.

Where does the “The Well” rank in the season overall? Are you interested in learning more about Coulson’s nightmare? What do you think about Ward and Mays?