← Question Of The Month: Make A Movie A TV Show
Amazing Arya Stark Portrait and Interview with Artist Cruz Ibarra → 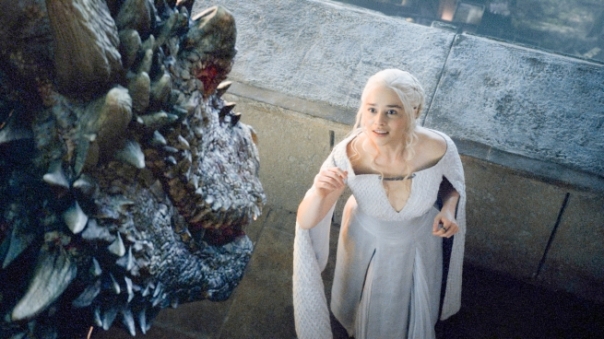 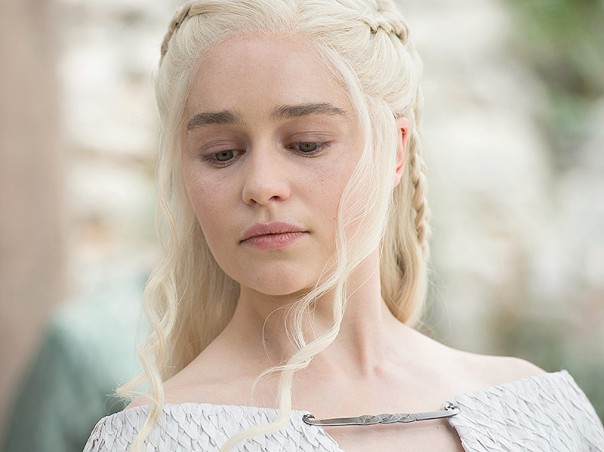 Let me start first by saying that while there have been issues with the way Daenerys is portrayed and how her story lines are handled at times, overall her journey of empowerment and learning to be a good ruler is a compelling, worthwhile arc for me.

As you know, Dany’s big decision of this episode is on executing Mossador, who’s not only a former slave but is the spokesperson for all the slaves she set free in Meereen. Against Dany’s orders, Mossador put to death a Son Of The Harpy prisoner without a fair trial. It’s a little bit more nuanced than that as Mossador’s motive was for his Mhysa, because her hands were tied as he put it. But Mossador’s intention does not absolve him from his actions.

If Dany wished, she could have given Mossador a lesser sentence or executed him behind closed doors. The fact that she made a spectacle of Mossador’s execution in front of all the city to witness is Dany’s way of making a statement.

So what exactly is her statement that she wants to get across? For me, it’s more than Dany taking a hard stand that the “law is the law”. As Mhysa, she’s teaching her children on the importance of justice. Mossador mentioned earlier in the episode that the slaves previously learned from what their masters taught them. As harsh as it is, she’s showing them another way. This is her way of conveying an impartial value that she believes in the long run will be better for her people. Not to make light of the situation, but it’s sort of like a parent who makes a tough decision, knowing that their child might despise them in the short term but hopefully will one day grow up to respect where the decision is coming from and will be better off for it. 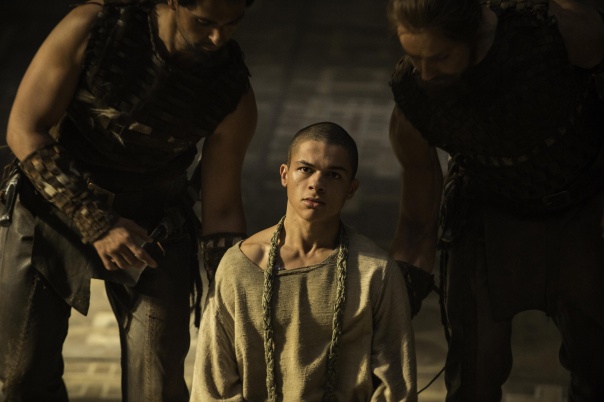 The other message is that while the previous masters may have done as they pleased, Dany as their current ruler is not above the law herself. Otherwise, the line between slave master and ruler becomes increasingly blurry. Plus, she wouldn’t be much a “breaker of chains” if she did not act fairly and equally to all whether they are a former slave or master.

Another possible angle, and this is just me rambling, is the implication of Dany’s decision won’t be lost on the Sons Of The Harpy or the former masters who are against her occupation. Like Mossador mentioned, mercy means nothing to the masters, all they understand is blood. Beheading a person who was in her own council, says a lot about who she is, what she stands for and that she’s not going to crumble under the weight of these Harpy attacks. If this is the justice she serves to the people she set free, these Harpies should think about what’s coming to them.

The immediate consequence is that the former slaves are hissing at Dany (a few snake references in this episode by the way) and starting a riot. As if it wasn’t already tough enough dealing with The Sons Of The Harpy, there’s no faction left in Meereen that supports her rule at the moment. She’s really painted herself into a corner. Dany’s needs to pick her battles and learn to know where and when to make certain concessions.

Is the damage irreversible or will justice prevail? It will be interesting to see if by setting this precedent, it will work to her advantage down the line. She could have but didn’t go down the road of political expediency. Maybe I am wrong, but the comparisons to how Ned’s warped sense of honor led to his demise doesn’t exactly line up with what Daenerys is doing. She’s seems to have her head on her shoulders … for now.

What do you think? Did Daenerys make a terrible decision or is there is an upside to doing what is just?

← Question Of The Month: Make A Movie A TV Show
Amazing Arya Stark Portrait and Interview with Artist Cruz Ibarra →